Something about Bowling ( Chapter Ⅲ )

In the 20th century 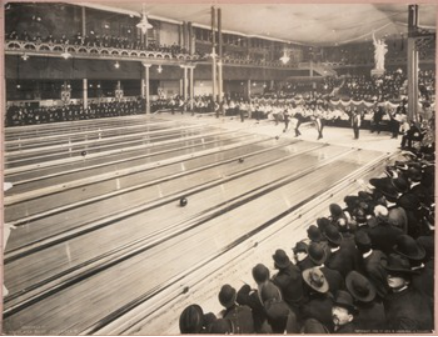 In 1903 D. Peifer of Chicago, Illinois invented a handicap method for bowling.

In 1905 Rubber Duckpin bowling was invented by Willam Wuerthele of Pittsburgh, Pennsylvania, catching on in Quebec, Canada.

Rules for target bowls evolved separately in each of the other countries that adopted the predominantly British game. In 1905 the International Bowling Board was formed; its constitution adopted the laws of the Scottish Bowling Association, with variations allowed at the individual country level.

In 1908, the now-oldest surviving bowling alley for the tenpin sport was opened in Milwaukee, Wisconsin - in the basement of the Holler House tavern, containing the oldest sanctioned lanes in the United States.

In 1913 the monthly Bowlers Journal was founded in Chicago, Illinois, continuing to publish to the present day.

In 1920-1933 Prohibition in the U.S. caused bowling alleys to disassociate from saloons, turning bowling into a family game and encouraging women bowlers.

On 2 October 1921 the annual Petersen Open Bowling Tournament (a.k.a. The Pete) was first held in Chicago, Ill., becoming bowling's richest tournament of the day. In 1998 it was taken over by AMF.

In 1926 the International Bowling Association (IBA) was formed by the U.S., Sweden, Germany, Netherlands, and Finland, holding four world championships by 1936.

On August 1939, the National Negro Bowling Association was founded in Detroit, Michigan, dropping Negro from the title in 1944 and opening membership to all races, reaching 30,000 members in 2007.

In 1947 the Australian Women's Bowling Council was founded, holding the first Australian women's national lawn bowling championship in Sydney in 1949, which was won by Mrs. R. Cranley ofQueensland.

On 18 April 1948 the Professional Women Bowling Writers (PWBW) was founded in Dallas, Texas, admitting men in 1975. On 1 January 2007, it merged with the Bowling Writers Association of America.

About 1950 the Golden Age of Ten-Pin Bowling began, in which professional bowlers made salaries rivaling those of baseball, football, and hockey players; it ended in the late 1970s.

In 1951 the first ABC Masters tournament was held, becoming one of the four majors in 2000.

In 1952 the Fédération Internationale des Quilleurs (FIQ) was founded in Hamburg, Germany to coordinate international amateur competition in nine-pin and ten-pin bowling. In 1954 the first FIQ World Bowling Championships were held in Helsinki, Finland. In 1979 the International Olympic Committee recognized it as the official world governing body for bowling. In 2014 it changed its name to World Bowling.

In 1952 American Machine and Foundry (AMF) of Brooklyn, N.Y. began marketing automatic Pinsetter machines, eliminating the need for pinboys and causing bowling to rocket in popularity, making the 1950s the Decade of the Bowler.

In 1954 Steve Nagy (1913-1966) became the first person to bowl a perfect 300 game on TV on NBC-TV's "Championship Bowling". The PBA later named its sportsmanship award after him. 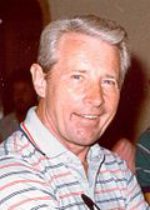 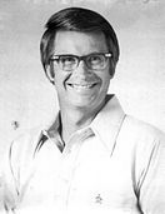 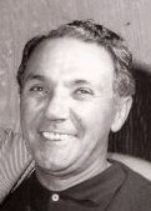 In 1958 the Professional Bowlers Association (PBA) was founded in Akron, Ohio by Don Carter, Dick Weber, Dick Hoover, Buzz Fazio,Carmen Salvino, Glenn Allison et al., reaching 4,300 members in 14 countries worldwide. In 1975 Earl Anthony became the first PBA member with $100,000 yearly earnings, and the first to reach $1,000,000 total earnings in 1982. In 2000 it was purchased by former executives of Microsoft, who moved the PBA headquarters to Seattle, Washington.

On 28 November 1960 the first PBA Championship in Memphis, Tennessee was won by Don Carter. In 2002 it was renamed the PBA World Championship, awarding the Earl Anthony Trophy to the winner.

In 1960 the Professional Women's Bowling Association (PWBA) was founded as the first professional women's bowling association; it went defunct in 2003.

In 1960 the National Bowling League (NBL) was founded to compete with the PBA, signing name players including Billy Welu and Buzz Fazio, but failing to sign top star Don Carter, after which failure to get a TV contract caused it to fold after its first championship in 1962.

In 1962 the American Wheelchair Bowling Association (AWBA) was founded in Louisville, Kentucky by Richard F. Carlson.

On 3–10 November 1963 the Fifth FIQ World Bowling Championships in Mexico City, Mexico were attended by 132 men and 45 women (first time) from 19 nations, and featured the debut of Team USA, which won seven of the eight gold medals.

On 25 November 1963 Sports Illustrated published the article A Guy Named Smith Is Striking It Rich, revealing that PBA stars made more money than other professional sports stars. "With more than $1 million in prizes to shoot for, the nation's top professional bowlers are rolling in money." Too bad, after the number of bowling alleys in the U.S. zoomed from 65,000 in 1957 to 160,000 in 1962, the U.S. bowling industry boom hit a brick wall in 1963, but this was compensated for by a new boom in Europe and Japan, making 10-pin bowling an international sport.

In 1964 Marion Ladewig, a 9-time winner of the Bowling Writers Association of America Female Bowler of the Year Award, became the first Superior Performance inductee into the WIBC Hall of Fame.

In 1965 the AMF Bowling World Cup was established by the FIQ.

On 27 January 1967 the Japan Professional Bowling Association (JPBA) was founded in Tokyo, Japan.

In 1978 National Negro Bowling Association pioneer J. Elmer Reed (1903–83) became the first African-American to be inducted into the ABC Hall of Fame.

In 1982 the Young American Bowling Alliance was formed from a merger of the American Junior Bowling Congress, the Youth Bowling Association, and the collegiate divisions of the ABC and WIBC.

In 1982 the 1982 Commonwealth Games in Brisbane, Australia added women's bowls to the events.

On 18 September 1988 the 1988 Summer Olympics in Seoul, South Korea featured ten-pin bowling as a demonstration sport.

On 2 August 1991 in Havana, Cuba, tenpin bowling became an international medal-level sport for the first time at the 1991 Pan American Games, and continues to this day.

In 1995 the first Best Bowler ESPY Award was presented.

In 1995 the National Bowling Stadium in Reno, Nevada opened, becoming known as the Taj Mahal of Tenpins.

In 1998 the World Tenpin Masters 10-pin bowling tournament was established.

In 2000 the Weber Cup, named after Dick Weber was established as 10-pin bowling's equivalent to golf's Ryder Cup, with Team USA playing Team Europe in a 3-day match.