Something about Bowling ( Chapter Ⅳ )

In the 21st century

In 2004 the Brunswick Euro Challenge was founded for amateur and pro 10-pin bowling players from Europe, Asia, and the U.S.

In November 2012 after league bowling dropped from 80% to 20% of their business, AMF Bowling Centers of Richmond, Virginia filed for Chapter 11 bankruptcy for the second time (first in 2001), merging in 2013 with upscale New York-based bowling center operator Bowlmor (which didn't support league bowling) in an attempt to turn league bowling around, growing from 276 centers in 2013 to 315 in 2015.

In 2013 the PBA League was founded, composed of permanent 5-person teams, with an annual draft.

Bowling games can be distinguished into two general classes: 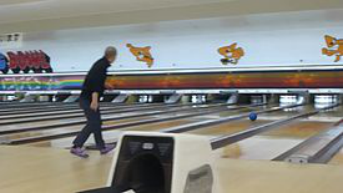 A man bowling in Japan 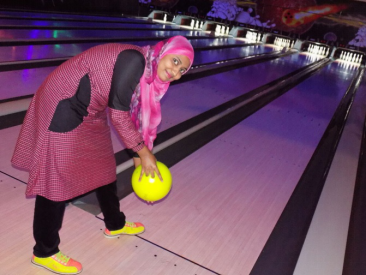 · Ten-pin bowling: largest and heaviest pins, and bowled with a large ball with three finger holes, and the most popular type in North America

· Nine-pin bowling: pins usually attached to strings at the tops, uses a ball without finger holes.

· Candlepin bowling: tallest pins (40 cm), thin with matching ends, bowled with the smallest and lightest (at 1.1 kilograms (2.4 lb)) handheld ball of any bowling sport, and the only form with no fallen pins removed during a frame.

· Duckpin bowling: short, squat, and bowled with a handheld ball.

· Five-pin bowling: tall, between duckpins and candlepins in diameter with a rubber girdle, bowled with a handheld ball, mostly found in Canada. 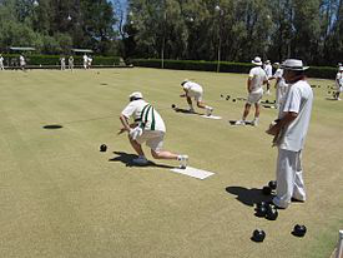 Another form of bowling is usually played outdoors on a lawn. At outdoor bowling, the players throw a ball, which is sometimes eccentrically weighted, in an attempt to put it closest to a designated point or slot in the bowling arena.

Technological innovation has made bowling accessible to members of the disabled community.

· The IKAN Bowler, a device designed by a quadriplegic engineer named Bill Miller, attaches to a wheelchair and allows the user to control the speed, direction, and timing of the ten-pin bowling ball's release. The name comes from the Greek work "ikano", which means "enable".

· For Bowls the sport has introduced a number of innovations to enable people with a disability to participate at all levels of the sport, from social through to Olympic Standards: 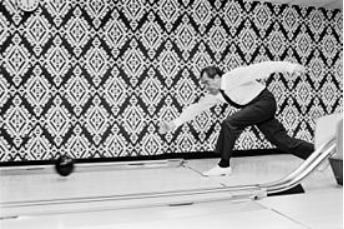 In 1948, bowling lanes were first built in the ground floor of the West Wing of the U.S. Presidential residence, the White House, as a birthday gift for then President Harry S. Truman, in the location of the 2010s White House Situation Room. The lanes were moved to the Old Executive Office Building in 1955 to make way for a mimeograph room.

In 1969, friends of then U.S. President Richard M. Nixon, said to be an avid bowler, had a new one-lane alley built in an underground space below the building's North Portico.

· Ten-pin bowling is a frequent motif in the 1998 Coen brothers' film The Big Lebowski.

· The 2002 Australian comedy film Crackerjack centres on activities at a lawn bowls club.

· Blackball, a 2003 comedy film about a young lawn bowls player, based upon Griff Sanders.

· Bowling is the main theme in the JDrama The Golden Bowl. Bowling championships are constantly broadcast on ESPN networks for fans to watch.

· A painting which dates from around 1810, and has been on display at the International Bowling Hall of Fame and Museum in St. Louis, Missouri (before its relocation on 26 January 2010, to the International Bowling Campus in Arlington, Texas), shows British bowlers playing the sport outdoors in the earliest known pictorial depiction of "ten-pin bowling" of any type, with a triangular formation of ten pins, chronologically before it appeared in the United States. A photograph of this painting appeared in the pages of the US-based "Bowler's Journal" magazine in 1988.